John Row is a storyteller, poet and painter has been writing and performing since the late 1960s. He has told and read across four continents from Finnish Lapland to Indonesia. He was the first storyteller in residence in a British prison. An established figure at festivals, he looms after the storytelling areas at Glastonbury Festival Kidz Field and Cambridge Folk Festival. Since 1975 he has visited over a thousand schools both as a poet and a storyteller.

Currently John is working on a story collecting project with Justine de Mierre collecting stories from Romania where he has a house as well as continuing to visit schools across the UK and the world.

Since 1997 Andrew has worked in several different residential homes, schools and hostels. Starting at the Ipswich YMCA as a support worker, he then moved to the Ipswich Foyer where he managed to change the way the young people living there behaved through talking with them and giving advice on different issues they would have to deal with over their future life.

He then went on to work with younger children in residential children’s homes both private and local authority. From there the natural progression was to work in a local school as a behavioural support, at the same time also doing outreach work with young people on the streets of Ipswich.

His next full time position was with Essex County Council working in the Children with Disability Team in Colchester. During this period he became the lead on transition for those young people as they moved into adult services, he instigated the set up of several procedures that CWD continue to follow to ensure that the children and their families get the best possible unbroken service. He also helped with setting up the young adult team at Colchester Hospital that would become the 16-24 year old wards and brought in both medical and mental health staff to the project. During his time with Essex he also became involved, through the job role, in several Child Protection cases which enabled him to see the difficulties that some families go through on a daily basis, which gave him a different perspective of disabilities and mental health issues.

Due to restructure of the council Andrew moved onto working with adults with disabilities as a quality manager updating care plans and risk assessments as well as working on the front line with the residents of the homes. He now works with a private company that has set up homes for those with mental health issues coming out of hospital or rehab. At present his is negotiating with the senior management to open a mental health hub in Ipswich at the old Foyer building, hoping that this will incorporate other organisations around Suffolk to use the hub for counselling, training and mental health recovery allowing the people living there to return to living in the local community. Andrew holds the NVQ level 3 in Health and Social Care – Children and Young People and has a full enhanced DBS certificate and registered with the DBS update service.

I worked within the education sector for 42 years before retiring in 2019. I was a teacher and deputy head in primary schools and then left teaching to work for the Suffolk Education Business Partnership. In this role I organised many diverse opportunities for children and young people to work on projects within ‘the world of work’ giving them aspirations and future goals in life. I then became a Manager within the Suffolk Extended Schools Project, helping many schools to offer wide ranging opportunities for community members. It was in this post that I first worked with ‘Musica’. They offered outstanding musical creativity in after-school clubs and holiday clubs.

When I later headed up the Suffolk Behaviour Support Service, ‘Musica’ was an obvious choice to work with troubled and challenging young people, many of whom were facing permanent exclusion. It gives me great pleasure to be able to give something back to ‘Musica’ now by being a Trustee.

Although originally from London Janet has lived in Ipswich for almost 35 years. She retired from teaching two years ago and had spent the majority of her teaching career working in Alternative Provisions with pupils who needed a specialist setting. She has also volunteered with adults and young people in Literacy based projects. Throughout her teaching career she witnessed first hand the transformative power of music to assist and enable young people to succeed and build confidence. She loves creative hobbies and enjoys encouraging others to take up activities that they previously felt unable to do.

As a trustee of this amazing charity, I look forward to using my experience to help Musica in all they want to achieve. I have spent many years employed within the tourism industry across Europe, living in various regions of Spain, Greece, Eastern Europe and North Africa. Returning to the UK, I worked in sales, marketing, business development, radio research and presenting, before semi-retiring as an antiques dealer. Musica’s challenge of ‘Creative arts for all’ is a wonderful concept where everyone concerned will reach their full potential.

Musica Workhops are proud to partner with a variety of community organisations and funding bodies... 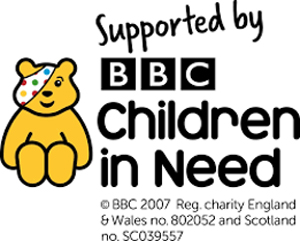 "Musica are well organised, focused and clear about their purpose and vision and have a wealth of contacts that has really enhanced what they can bring to the people using our services."

"Musica is able to create activities that cross the span of needs ensuring everyone involved is able to join in."

“After a Musica session everybody is more relaxed but also more motivated and active like something has been stimulated in them.”

"We have worked with this charity for a number of years and have been impressed by their passion and talent to engage with our customer group in a range of creative ways."

"The last sessions you did were so well received by everyone involved and your music choices were amazing, everyone loved your choices." 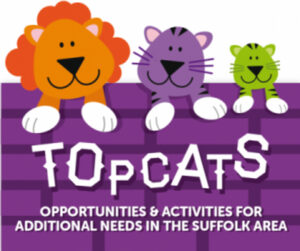 "Technology was a little bit of a pain in the beginning but the end result was fantastic. They were talking about it all afternoon. Thank you for including us. We are all buzzing!!!"

‘20 years’ worth of guitar lessons in 30 minutes’ ‘Brilliant 3 day event. Hopefully happen more throughout the year’ ‘Fantastic event and it has made a huge difference in the lives of the lads from Adam Outreach Project. A massive boost in confidence and mood has been felt by all.’ 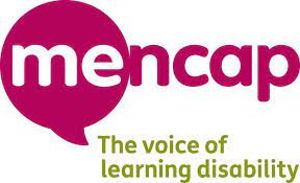